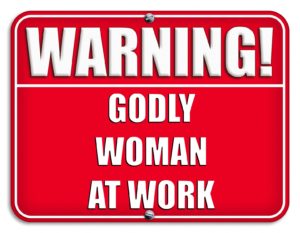 “Who can find a virtuous wife? For her worth is far above rubies…Her children rise up and call her blessed; Her husband also, and he praises her…a woman who fears the Lord, she shall be praised” Proverbs 31:10, 28, 30. The power and influence of a woman’s earnest prayer, virtuous example, and sound instruction holds a value beyond estimation. In 1 Samuel 1:10-28 Hannah prayed earnestly for a child she could not bear and God gave her Samuel who would become judge (leader) of Israel. In Acts 16:11-15 Paul went to a woman’s prayer meeting where Lydia responded to the gospel, and then obviously influenced her family to turn to the Lord. In Acts 16:1 we are introduced to Timothy whose “genuine faith” was obviously passed down to him through the influence of his grandmother Lois, and his mother Eunice, 2 Timothy 1:5. I urge every woman to allow the perfume of heaven to permeate your life and then to be disbursed through you, daily. Remember your power and influence is indispensible.

Johnny wanted to walk in his own way,
And didn’t want to listen or obey.
But mother prayed!

What the Bible says he could not see,
He wanted his own philosophy.
But mother prayed!

And Susie didn’t have time to read her Bible and pray,
So many interesting things to do in a day.
But mother prayed!

Susie always thought that she knew best,
She didn’t want to go to church with the rest.
But mother prayed!

Years have passed and things got so bad,
It really did make mother so very sad.
She couldn’t see any hope for Johnny and Sue,
And really couldn’t see what else she could do.
But mother prayed!

And mother’s prayers really did count,
She tapped into an eternal fount.
Of living water that doth flow,
From God’s throne to those below.
So one day God opened the blinded eyes,
And those around got a great surprise.

Her children saw the bondage of sin,
And the awful condition they were in.
God’s saving power they did see,
And from their bondage they were set free.
Because mother prayed.

Scripture quotations are from the New King James version copyright by Thomas nelson Co and are used by permission.

Devotional, Discipleship, Encourage, Poem
Blessed, Christian, Proverbs31
A Promise To Those Who Abide In Him
Why Pray?