How Great Is God 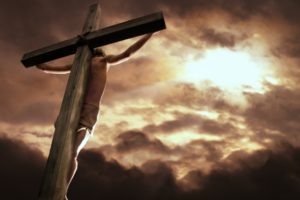 The word great is so great that it takes at least eight adjectives to describe it, adjectives such as noble, wonderful, absolute, and five others. We catch a glimpse of the greatness of God in Psalm 8:3-4, as the Psalmist speaks to Him saying, “When I consider Your heavens, the work of Your fingers, The moon and the stars, which You have ordained, What is man that You are mindful of him, And the son of man that You visit him?”. Psalms 96 and 98 also contemplate the greatness of God: “For the Lord is great and greatly to be praised … For He has done marvelous things; His right hand and His holy arm have gained Him the victory …”. The greatest thing about God is that with all the universe at His disposal, His greatest love and concern is for us, little, mortal, rebellious, sinful men. “The Lord has made known His salvation; His righteousness He has revealed in the sight of the nations” (Psalm 98:2). And so Isaiah could say in 9:6, “For unto us a child is born, Unto us a son is given …”. That child was none other than Jesus Christ Himself of whom the angel said in announcing His conception, “He will be great, and will be called the Son of the Highest … ” (Luke 1:32) given unto us, the human race, through the Jewish nation, to all men everywhere; and Paul says in Romans 1:16, “For I am not ashamed of the gospel of Christ, for it is the power of God for salvation for everyone who believes, for the Jew first and also for the Greek (Gentile)”. How great is God? So great that in love for us, His fallen, sinful creation, “He gave His only begotten Son, that whosoever believes in Him should not perish but have everlasting life” John 3:16. Yes He gave Himself to redeem us, how wonderful great is that!

God is so big and I am so small,

I worship Him and stand in awe.

When I view all the work of His mighty finger,

In His presence I pause, and linger.

What am I that He’s mindful of me?

The beauty of the moon and stars I see.

The Lord is excellent in the work of His hands,

I will tell of His glory in many lands.

Everyone in heaven is very glad,

And those on earth must not be sad.

For even the trees are singing with joy.

I will sing to the Lord a brand new song,

For He has overcome what is wrong.

His right hand and His arm are so strong,

He has saved those who to Him belong.