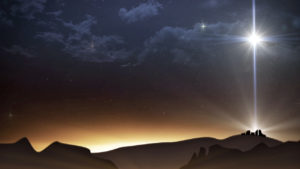 After Israel’s 40-year detour of wondering in the wilderness, the new generation is finally ready to enter the promised land of Canaan. According to Joshua 3:1-5, the people left the old encampment and came to the Jordan, which was now the final barrier separating them from their new land, and here, they stopped, and waited until they received instructions from God; “When you see the ark of the covenant of the Lord your God, and the priests, the Levites, bearing it, then you shall set out from your place and go after it” (verse 3). The ark represented the presence of God, so they were to follow His presence, “that you may know the way by which you must go, for you have not passed this way before” (verse 4). Yes, the way to victory is by following His presence! However, before crossing over, they were told to sanctify themselves (verse 5). That is to say they were to consecrate themselves to the Lord by separating themselves from the past and the old ways, and pursue the new. This forms the road-map to victory! Isaiah 40:31 says, “those who wait on the Lord shall renew their strength…” This is not just sitting idly waiting for His moment, but, as the Hebrew implies, while waiting in hope and expectancy, it is binding and twisting ourselves together with Him, which is to learn and comply with His will and His ways!

Arise early in the morning and your God seek,

This will give you strength and you won’t be weak.

When you enter His presence and He shows the way,

Then set out from there and do what He will say.

Sanctify yourself and be set apart,

Give Him your thoughts and all of your heart.

For tomorrow He has promised for your life great things,

So mount up like the eagles and use your wings.

Expect and look for the change that you need,

Read God’s word and pray and sow the right seed.

He has promised to do wonders among us who trust,

So waiting on Him is surely a must.