Commitment To Prayer And Thanksgiving 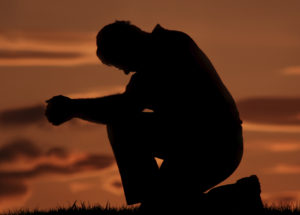 In Daniel chapter six we learn of Daniel’s commitment to God and prayer. What did he pray for? The Bible does not tell us at this point, however we know that later in the book he prayed for the restoration of Jerusalem and the return of his people according to the Scriptures (Daniel 9:1-19). This I am sure of… his praying included giving thanks regardless of his surrounding circumstances (Daniel 6:10). We are told in 1 Thessalonians 5:17 to “Pray without ceasing”, which could possibly mean to remain in a constant attitude of prayer; however I think it is saying that we should not give up pursuing what we know is God’s will based on His word, which is what we see Daniel doing in 9:2-3, believing Him until the answer is manifested. In Luke 18:1-8, Jesus gave the parable of the persistent widow, and the Scripture tells us the purpose of this parable is to teach us “that men always ought to pray and not lose heart.” It does not matter how dark the surrounding circumstances, even if they appear to grow darker, the Bible says, “in everything give thanks …” (1 Thessalonians 5:18); note how this connects with verse 17, and with Daniel’s prayer in 6:10. I would also point out God’s protection through the darkness, even through the lion’s den in chapter six. And the ultimate answer to his petition came on time under Cyrus the Persian, with the restoration of Jerusalem and the return of the people, as recorded by Ezra and Nehemiah.

So the devil tried to stop him in this way.

A decree was passed if you want anything,

You may not ask anyone but the king.

But that did not stop him, he prayed just the same,

He opened his window and called on God’s name.

So into the lion’s den he had to go,

But God shut the lion’s mouths as you know.

He lay down to sleep with those beasts that night,

And God delivered him for he did what was right.