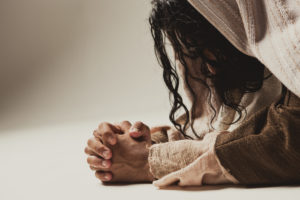 In Luke “the Lord said, Simon, Simon! Indeed, Satan has asked for you, that he may sift you as wheat.” Repetition of a name was considered an expression of love, and I suspect that it would also spark attention to the importance of the message that would follow. Jesus spoke directly to Simon, possibly because he would be the main target of Satan’s attack that night, but Satan really desired to attack all of Jesus disciples. Probably often not known or noticed in reading this verse is that the pronoun “you” in the language Jesus spoke is in the plural. Satan desires to attack all God’s people. Peter would later write in his first epistle, chapter 5, verse 8, “Be sober, be vigilant; because your adversary the devil walks about like a roaring lion, seeking whom he may devour.” In His prayer of John 17 Jesus prayed, “I do not pray that You should take them out of the world, but that you should keep them from the evil one.” His prayer was not for the twelve alone, for in verse 20 He continued, “I do not pray for these alone, but also for those who will believe in Me through their word.” In Luke 22:32, Jesus continued to address Peter saying, “… I have prayed for you, that your strength should not fail;” Peter would stumble, but his “fall” was not the ultimate or final end; Jesus went on to say, “when you have returned to Me strengthen your brethren.” Satan’s goal was not to separate the chaff from the wheat as normal thrashing would accomplish, but to make it all look like chaff by covering it with the worthless husks, or even worse totally destroying it; but Jesus ran interference! Jesus is still our intermediary with the father who runs interference for us, “For there is one God and one mediator between God and men, the Man Christ Jesus”, (I Timothy 2:5). In Hebrews 9:24, He appears “in the presence of God for us” and He will never allow us to be tempted without a way of escape, (1 Corinthians 10:13).

Jesus said I have prayed for you,

That you can remain faithful and true.

And receive eternal life from the Father above,

That you may perceive and know His great love.

Jesus said I have prayed for you to be true,

Because you believed the Father sent Me to you.

I’m praying for you to have great delight,

And My joy within when things aren’t going right.

The world makes sport of you for fun,

But I’ve asked for your protection from the evil one.

I’ve asked the Father to set you apart,

To be dedicated with truth in your heart.

And that someday I can have you with Me,

To live in joy throughout eternity.