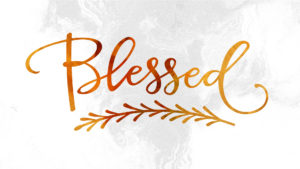 Psalm 91 is an essay on the blessings of dwelling in God’s secret place, under His covering, in His tabernacle, His home, His presence, (see Psalm 27:5 and 31:19-20). The Psalm speaks in three different voices, the voice of prophetic utterance declaring the benefits of those abiding in God’s presence, (this will include living and walking by the light of His word, see Psalm 119:105); then it speaks in the voice of personal testimony in verse 2, “He is my refuge and fortress …”, and finally it speaks in the voice of God Himself confirming the benefits He bestows on those who set their love on Him, verses 14-16. This Psalm does not necessarily promise that those who dwell in this secret place will never face the attacks and adversities of the world and its difficult battles, but that those who abide in this place need not fear because He says I will answer him when he calls upon Me, “I will be with him in trouble, I will deliver him … And show him My salvation” – My deliverance, My victory, My prosperity, verses 14-16. It speaks in the sense of total victory in the end over every attack of the enemy!
God’s secret place
By Rose Hill
He who dwells in God’s secret place,
Will not have worry and fear on his face.
For in the Lord he puts his trust,
And he knows every foe will run ’cause it must.
He dwells in God’s secret place under His wings,
Of God’s truth and fullness he always sings.
He is not afraid of the terror by night,
He just follows the Lord and does what is right.
Others may fall on every side,
But with his Lord he will abide.
No evil shall come near his very tent,
Because the angel of the Lord was already sent,
To preserver and keep him in all his ways,
From the beginning of life till the end of his days.
His God will give him a special high place,
Because he has trusted in His mercy and grace.
When he calls for help his God always hears,
And gives him blessing for many years.
Scripture quotations are from the New King James Version copyright 1982 by Thomas Nelson Co. used by permission.