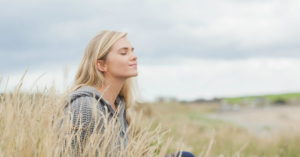 There are not many prayers actually recorded in the Bible that were prayed by women, however there are numerous women whose life and accomplishments indicate they were women of prayer. One woman’s prayer that stands out is that of Hannah in 1 Samuel chapters 1 and 2. She prayed earnestly for a child she could not conceive resulting in Samuels birth; not only was Samuel born because of his mothers prayer, but he went on to become a powerful prophet and man of God, 1 Samuel 3:20; Acts 13:20, hence we see the power of a mothers prayer even before the child is born or conceived. Another woman of prayer was Anna in Luke 2:36-38; her marriage had only lasted seven years and there is no record that she had any children of her own, but she was a woman of fastings and prayers who spoke prophetically about the Lord Jesus to those looking for redemption, Luke 2:36-38. Your prayers can have a role in the lives of other people’s children! While not recording a petition the Bible points us to Mary’s prayer of submission to bear the Christ child, which was at great personal cost to her (in terms of reputation, Etc.) We can assume the influence of a praying mother over king Lemuel in Proverbs 31:1, and Timothy in 2 Timothy 1:5. Other women in the Bible whose feats indicate a powerful prayer life include Deborah and Esther. I don’t think God draws gender lines when it comes to prayer, but women seen to have a special tenderness and sincerity that gets His attention! Never underestimate the power of her prayer!
When mother prays
(By H. S. Wilkinson: copyright unknown)
The ear of heaven bends low,
When mother prays.
And I am better than I know,
When mother prays.
The disappointments of the day,
The worry of the toilsome way,
The fretfulness and longing cease,
Heaven breathes my troubled soul to peace,
And love and trust in God increase,
When mother prays.