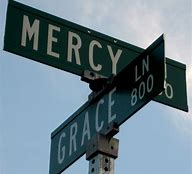 We are all faced with choices in life, the greatest one we will ever have to make is whether to serve God and accept Jesus as Savior and Lord or to serve self and “the god of this age” 2 Corinthians 4:4. As Joshua of old said to the Israelites in Joshua 24:15 “…Choose for yourselves this day whom you will serve…” And as Elijah faced off with the prophets of Baal in 1 Kings 18:21 he said to the people, “…If the Lord is God, follow Him, but if Baal, follow him…” Yes a choice has to be made. In Daniel 3 Shadrach, Meshach, and Abed-Nego had to make the choice whether to serve the Lord their God and the God of their fathers, or to blend in with the crowd and follow the king’s idolatry. To follow God looked like certain torment and death; to follow the king and the crowd which would be easier now, however it would mean eternal punishment and death. They chose to follow God, accepting present hardship, and their brief story shows us the eternal results of all that follow their example. God not only walked with them in the fire, but He brought them out victorious. As I heard Oral Roberts one time say, “They wouldn’t bend, they wouldn’t bow, and they wouldn’t burn”! What is your choice today? I choose God’s way, which is Jesus Christ as Savior and Lord, and I beg you to do the same, see John 14:6.

These young men to their God were true,

When a great test came what did they do?

The king made an image and said, “you bow down”,

This message is for all the people around the town.

But Shadrach, Meshach, and Abed-Nego would not bow

To their God they would be true now.

So the king said into the furnace you go,

That will teach you to obey I know.

But the king was the one who got a surprise,

For they walked in the fire right before his eyes.

He changed his mind fast when they came out,

And said worship the Most High that’s what it’s about.

How great are His signs and mighty His wonders,

You won’t catch me doing any more such blunders.