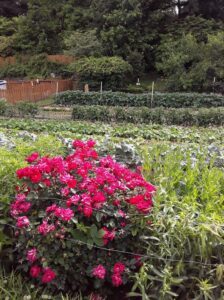 God was the world’s first Gardner when He “planted a garden eastward in Eden, and there He put the man whom He had formed” Genesis 2:8. The garden was apparently man’s home, and it produced everything he needed to sustain him, verse 9. In turn man was also to become a Gardner with the commission to tend or dress the garden, which in the Hebrew means to work, serve, and till it; he was also to keep it, which in the Hebrew means to hedge about, guard, protect, and attend it. There is a hint here of an enemy or an intruder to be kept out. Then apparently he was to expand his domain to the whole earth according to 1:28, as God’s agent on the earth. We know that the first man failed to keep that intruder out, thus introducing sin and its destructive forces to place its mark on God’s creation. It is still God’s plan for man to be a Gardner, which is good in the natural sense, and we have a responsibility to care for what God has created; however the focus now centers on God’s spiritual garden, which becomes twofold. First He looks upon us as being His garden, and as the thorns and thistles were a part of the curse of sin that man would have to deal with in tilling the ground, so we have got to deal with the thorns and thistles of fallen human nature to remove them from our life so we Can be productive for Him (see Colossians 3:5-17). In Song of Solomon 4:12 He speaks to His beloved in such endearing terms as sister and spouse calling her a garden enclosed; not enclosed to keep Him out, but a protected and private garden into which He could come and delight with her in its beauty and produce, compare verse 16, also 5:1 and 6:2. Then secondly He views us as gardeners that sow the seed of His word and reap the produce of souls. We see this in the parables of the sower, the growing seed, and the mustard seed in Mark 4; and Psalm 126:6 says, “He who continually goes forth weeping, Bearing seed for sowing, Shall doubtless come again with rejoicing, Bringing his sheaves with him.”

Thank-you God for sun and shower,

Thank-you God for each lovely flower.

Thank-you for each stately tree,

Through all of these You speak to me.

Of Your blessing I come to know,

As the plants begin to grow.

So today I see Your face,

As You bestow on me Your grace.