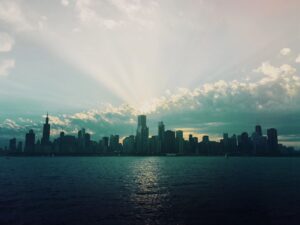 As far as we know The Apostle Paul wrote 2 Timothy from a Roman prison cell that was no more than a dungeon having been arrested for preaching the gospel. At his first court hearing he said “no one stood with me” verse 16, but in the next verse he says “But the Lord stood with me and strengthened me …” Even though he was anticipating that he would soon be put to death he had the victory declaring, “And the Lord will deliver me from every evil work and preserve me for His heavenly kingdom” verse 18. Just receiving Jesus as Savior and Lord does not mean we will not have any more battles to fight; what it does mean is that we have the one who won the war within us, strengthening us and making us to be “more than conquerors” in every battle, Romans 8:37; this means we are more than victorious! Like Timothy we must “Fight the good fight of faith …” 1 Timothy 6:12. Our fight is not “against flesh and blood but against principalities, against powers, against the rulers of the darkness of this age, against spiritual hosts of wickedness in the heavenly places” even if it manifests through vessels of flesh and blood, Ephesians 6:10-18, which is why we must clothe ourselves with the armor He has provided in these verses. God’s vision for us is for a victorious end, and we must fit ourselves with the same vision, remembering that it is “… God, who gives us the victory through our Lord Jesus Christ” 1 Corinthians 15:54-57.

In every evil assault the Lord will stand by,

And defeat the enemy when to Him I cry.

He gives me strength to face every foe,

With Him I’m safe for His promise I know.

So thanks be to God who the victory gives,