God Has A Plan 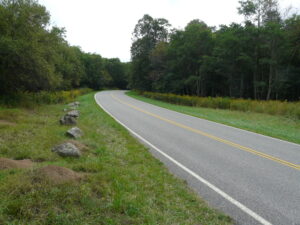 In Jeremiah 29:11 God’s word to His chosen people is “I know the plans I have for you, says the Lord. They are plans for good and not for disaster, to give you a future and a hope” NLT. His plans for the future and for eternity will be accomplished according to His sovereign will; but His plans for individuals entering into that plan, like any contract generated by someone and offered to another, must be accepted and approved by the recipient to be validated. His words to Asa and Judah in 2 Chronicles 15:2 are “…The Lord is with you while you are with Him…but if you forsake Him, He will forsake you.” Hebrews chapters 3, 4 make it clear that God’s overall plans for good will ultimately prevail, but individuals who enter into those plans must do so by faith and acceptance; or else they are barred from them by unbelief and rejection, thus suffering loss! His plans are always for good but we must walk within the contract to receive the benefit.

Things don’t just happen to us who love God,

They’re planned by His own dear hand.

Then moulded and shaped and timed by His clock,

We don’t just guess on the issues of life,

We Christians just rest in our Lord.

We are directed by His sovereign will,

In the light of His Holy Word.

We who love Jesus are walking by faith,

Not seeing one step that’s ahead.

Not doubting one moment what our lot might be,

But looking to Jesus instead.

We praise our dear Savior for loving us so,

For planning each care of our life.

Then giving us faith to trust Him for all,

The blessings as well as the strife.

Things don’t just happen to us who love god,

To us who have taken our stand.

No matter the lot, the course, or the price,