A Song In Your Heart 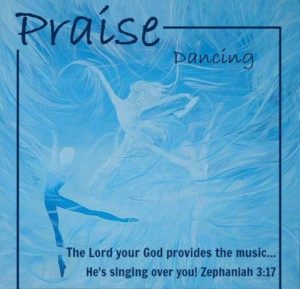 Singing is usually a sign or an overflow of what is in the heart. The “world” around us has many songs expressing sadness, brokenness, disappointments, and failed dreams; these are the lot of a “world” fallen into sin and apart from God. But those who have returned to Him through Jesus Christ are given a new song as the Psalmist says in Psalm 98:1 “Oh, sing unto the Lord a new song! For He has done marvelous things…” (cf. Psalm 96:1; 149:1; Isaiah 42:10), no longer the song of sadness and brokenness, but a new song because of the marvelous things He has done. It is not that we will no longer go through difficult times or face dark seasons; the Bible says “The Lord will command His lovingkindness in the daytime, And in the night His song shall be with me” Psalm 42:8, yes He gives a song in the night, a song of hope, a song of assurance, a song of His presence, knowing that “Weeping may endure for a night, but joy comes in the morning” Psalm 30:5. The importance of our song of praise seems to be underscored by how much the Bible says about singing; if you look at the four words sing, singing, song, and songs in the King James Bible, they are use 238 times! Psalm 47:6 repeats the phrase “sing praises” four times in just that one verse! Even God Himself sings over His people with rejoicing, Zephaniah 3:17. Should not we reciprocate by returning our praise and rejoicing unto Him?

The power of song

When there is within your heart the power of song,

The Devil can’t defeat you for very long.

When you’re feeling bad and oh so sick,

What a blessing it is to hear good music.

It’s the Lord who gives song and strength,

So I will exalt Him with praise at length.

He causes me to rejoice in the night,

And in the morning He makes all things right.

The power of song will give gladness of heart,

And I will rejoice with a brand new start.

I will sing psalms spiritual songs and hymns,

For he who does, has the victory and wins.

And in heaven someday I’ll sing at the throne,

The new song that God gives to His own.

Blessings, Joy, Poem, Praise
Joy, Praise, Thanksgiving, Worship
Maturity In Christ
Who Are You Looking To?