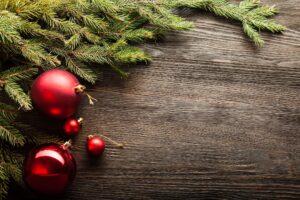 As we approach the Christmas holiday let us pause and think about the day we call “Christmas. First we are quite sure that Jesus was not born on December 25 or January 7 (Orthodox Christmas), and there is really no Biblical command to set aside a special day to celebrate His birth; now that does not mean we should not celebrate it, for His is the one that should be celebrated more than any other! In instituting what we call communion He did say “This do in remembrance of Me”, Luke 22:19. Given the occasion, the implication seems primarily to be of His sacrificial death, however the word “Me” I believe should include His entire life from conception to ascension. Secondly, we tend to become so involved in the secular celebration; the exchanging of gifts and the gaiety of the season that it becomes so easy to miss the whole point. What birthday party did you ever attend where the guests exchanged their gifts between one another but not to the one whose birthday it was? This does not mean it is wrong to exchange gifts; we even have a sort of precedent for it in Nehemiah 8:10-12, but remember they were to “send portions to those for whom nothing is prepared”. They were to celebrate but in doing so to include the poor and the needy! We may also cite the gifts of the Magi in Matthew 2:11; however they did not exchange those gifts between themselves, but presented them to Him! Our point: If we are going to celebrate His birth, don’t leave Him out or even put Him at the bottom of the list. Delight Him by sharing with those who are poor, needy, and do not have. In Matthew 25:31-40 He said “inasmuch as you did it to one of the least of these My Brethren you did it to Me.” In all your giving and celebrating do not forget Him; celebrate Him all year long making sure it is in compliance with His word, His kingdom and for His glory.

The longest one in town,

Till Daddy looked at it and said,

I knew that what he said was true,

Beyond the faintest doubt,

But was amazed to hear him say,

“You’ve left your best friend out”.

And said “Oh that’s not true!”

But Daddy said “His name’s not there,

That friend who died for you.”

And then I clearly understood,

’Twas Jesus that he meant;

For Him who should come first of all,

I hadn’t planned a cent.