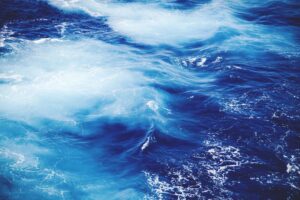 Hebrews 1 shows clearly That Jesus is greater than angels, however angels have a vast role to play in our lives; verse 7 says He “makes His angels spirits and His ministers a flame of fire.” Ministers here comes from two Greek words meaning “people” and “work” hence whether applied to men or angelic spirits their assignment from God is to be with and minister to those who reverently fear Him, verse 14; Psalm 34:7. The Holy Spirit, while also ministering to us, is given the unique role to work through us, Acts 1:8. As He worked through the Apostles they were imprisoned, but in Acts 5:14-21 were set free by an angel! Again in Acts 12 Peter was imprisoned and set free by an angel, but here God made the point to tell us that “constant prayer was offered to God by the church for him” verse 5, thus emphasizing the importance of our working together with God who has invested us with authority in the earth and through active, efficient prayer we clear and prime the atmosphere for angels to do their work, see James 5:16! And the larger the unified congregation the more powerful it becomes, see Leviticus 26:8.

The Apostles were having such great success,

And the Sadducees could have no rest.

In Peter’s shadow there was great power,

And the sick were healed that very hour.

Jealousy will cause trouble, that will never fail,

So the Apostles were arrested and taken to jail.

And He sent an angel to lead them out.

Go to the temple the angel did say,

For God has work for you today.

When looking for the Apostles in jail, they were shocked,

There was no one inside but the doors were locked.

God’s people had much to praise Him about,

For the angel of the Lord had brought them out!