Joy Because Of God’s Power 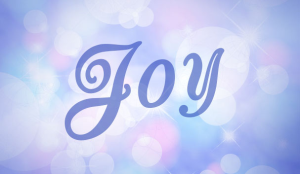 It is God’s will for His children to be filled with His joy! Jesus Himself though being “a Man of sorrows and acquainted with grief” (literally pains and sickness – took upon Himself everything sin had bequeathed on us) Isaiah 53:3, was anointed “With the oil of gladness” even above His fellowmen, Hebrews 1:9. The Amplified Bible points out that this was “exultant joy and gladness”, And in His prayer for His disciples (which by extension includes His followers today) was “That they may have My joy fulfilled in themselves” John 17:13. He was not satisfied to keep this joy to Himself but wanted His disciples to share it with Him. This joy is imparted to us only through His power and presence, and is not conditioned by conditions or circumstances around us. We can readily see this in Habakkuk 3:17-18 where it seems there was disaster and famine all around, but Habakkuk says, “Yet I will rejoice in the Lord, I will joy in the God of my salvation.” Again this joy is connected with God’s power in Acts 8 where in verse 8 in the midst of the manifestations of His power “there was great joy in that city.” Moving down in that same chapter after the Ethiopian eunuch had witnessed God’s power, he “went on his way rejoicing” verse 39. In Acts 5:12-41 even after much persecution and being beaten because of their testimony and the manifestation of God’s power the disciples were rejoicing considering it an honor to suffer shame for Jesus! In Acts 13:52 this joy is associated with infilling of the Holy Spirit (the power of God). In Galatians 5:22 it is a fruit of the Spirit, and in Romans 14:17 it is a part of the kingdom of God. If you would experience this joy in yourself I invite you to come to Jesus and experience His power now.

Something to shout about

The people were coming from all around,

Bringing their sick folk from all over town.

They were being healed at the apostle’s hand,

But the Sadducees didn’t think it was grand.

So they arrested the apostles and put them in jail,

But thanks be to God their effort did fail.

The angel of God came down during the night,

God sure knows how to make everything right.

The angel opened the door and led them out,

Now isn’t that something to shout about?

Unless otherwise indicated Scripture quotations are from the New king James version copyright 1982 by Thomas Nelson Co.  Used by permission