Service In The Kingdom 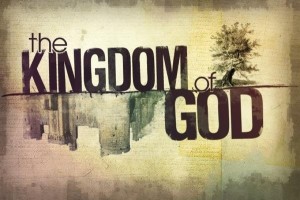 Today we are looking at another aspect of the kingdom of heaven, which is kingdom service. Hebrews 13: 15 which we touched on in the meditation about worship in the kingdom, draws our attention to the praise and worship aspect of living as part of that kingdom, but then verse 16 directs our attention to active service as kingdom citizens saying, “But do not forget to do good and to share, for with such sacrifices God is well pleased.” Yes it is true that Jesus said “No longer do I call you servants…but I have called you friends …” John 15:15. Why? Reading the rest of the verse He tells us that it is because servants are not in “the know” of their masters plans and perspectives, but Jesus makes them known to His friends! So this verse does not negate the responsibility of service as people of the kingdom. Ecclesiastes 9:10 instructs, “Whatever your hand finds to do, do it with your might.” In this regard our service to God is rendered as we serve one another, and with one another. Galatians 5:13 says, “Through love serve one another.” Jesus the Lord and King of the kingdom is Himself the greatest example of this kind of service; Philippians 2:5-7 ESV says, “Have this mind among yourselves, which is yours in Christ Jesus, who, though He was in the form of God, did not count equality with God a thing to be grasped, but emptied Himself by taking the form of a servant, being born in the likeness of men.” And in John 13:1-17 He vividly demonstrates this kingdom service; in the culture of the day Jesus girded Himself with a towel and took the servants place washing the disciples feet, thus giving them this great example of service, and at the same time instilling in them the need for continuous cleansing from the “dust” of this world in which we live and walk – not the need to be re-saved – but the need to keep the “dust” of this world from accumulating and lingering on us as we walk over earths “dusty” roads. Rose’s poem for today packs a real punch that we all must serve as fellow “servants” in the kingdom.

The Death Of Someone Else

The death of someone else makes us so sad,
There never happened before a thing so bad.
When there was work to do at the church one day,
Someone else will do it everyone did say.

Someone else was the one you could depend upon,
When there were important things to be done.
Someone else was a very great person indeed,
To prepare a good meal and the hungry to feed.

Someone else could always pray the sinner through,
We didn’t have time, too many things to do.
There were those who needed some love and care,
Someone else was the one who was always there.

Now we don’t know what we can really do,
It is really bad for me and you.
We must get busy in kingdom work today,
Since someone else has passed away.

We will do the work that needs to be done, for,
We can’t depend on someone else anymore.

Unless otherwise noted Scripture quotations are from the New King James Version copyright by Thomas Nelson Co. and are used by permission.