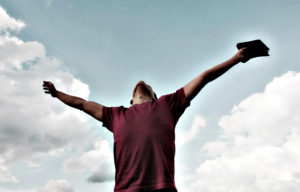 Isaiah prophesied in chapter 9:1-3 of a time when a great light would shine into the darkness of this world and it would spring forth out of “Galilee of the Gentiles”, which was so known because of the strong presence of foreign immigrants living in its northern part, and so it was held in contempt by orthodox Jews. Nevertheless Jesus who was the light of the world (see John 8:12) lived most of the first 30 years of His earthly life here, called disciples from here, and ministered extensively here; thus His light would shine not only upon the Galilean residents, but would spring forth from here to the entire world that had been plunged into the darkness of sin! The reference to the multiplication of the nation in Isaiah 9:3 may have reference to the return of the Jewish people after the Babylonian captivity, but more importantly is a portrayal of the rise and rapid spread of the gospel opening the door for Gentiles to be joined to the Jewish roots (see Romans 11:17) and so creating in Christ “one new man from the two” Ephesians 2:15. This would bring great joy like that after the harvest was gathered in because it assured an abundant supply of food; or like that of dividing the spoils taken from enemies after defeating them in war (see 1 Samuel 30:16). Jesus came taking His enemies captive and delivering the souls of men (see Ephesians 4:8 & Isaiah 53:12). And there will be a continuation of this joyful harvest both now and in the future, for those who will sow the right seed into and through their life (see Galatians 6:7-9).

A joy greater than harvest

Rejoice now for a great light has come,

From heaven above is where it’s from.

God gave us His Son to give sweet rest,

With the Prince of Peace we are blessed.

It’s greater than the joy that harvest brings,

But our joy will depend on what we sow,

For we want to be happy about what will grow.

So we won’t be weary about doing good,

Then we will be reaping all that we should.

Devotional, Faith, Joy, Life
Fruitful, Joy, Light
In The Dark Hour
In The Fullness Of Time